Helen is a native of Lafayette, LA. She graduated from University of Louisiana at Lafayette, formerly University of Southwestern Louisiana, in 1965 with a Bachelor of Arts Degree in History and earned her Juris Doctor Degree from The Tulane Law School in 1968. After earning her Juris Doctor Degree, she joined what is now the Onebane Firm and was a shareholder until November of 1994 when she became a sole practitioner. 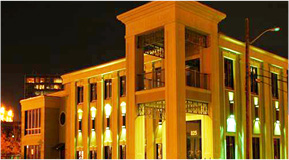